Film Fest International Jury Members, from legendary actors and actress to Hollywood industry Professionals that includes; Directors, Producers, Professors in acting and film production, Scriptwriters, International, Film Festival Organisers and Film Enthusiasts, with more than 1000 members world wide, our wider jury will vary at each festival which will allow for maximum consideration of each entered film and script. 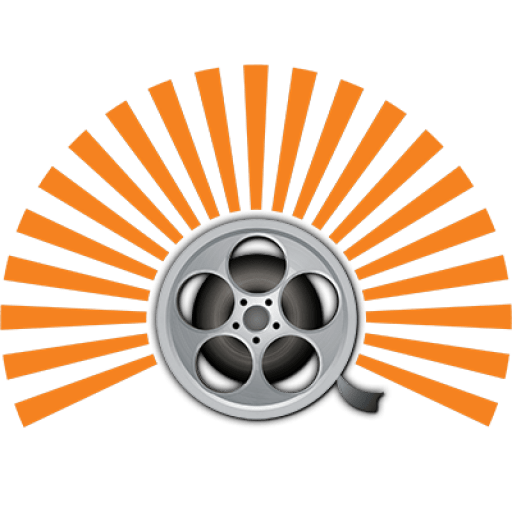 After arriving in England, Alice began three years of study at London's Central School of Speech and Drama. Her first professional acting performance was a tiny television role in a 1979 BBC Play for Today. In 1980, Alice made her feature film debut as Sybil Gordon in the Academy Award winning Best Picture, Chariots of Fire (1981). She then appeared in the television adaptation of Charles Dickens' A Tale of Two Cities (1980), which was followed by her memorable, dual role as the avenging spirit in Ghost Story (1981). Also in 1981, she debuted in a West End theatre production of Bernard Shaw's Arms and the Man, for which she received the honours of both a Plays and Players Award and a Laurence Olivier Award for Most Promising Newcomer. It was this early success in theatre that she decided to focus her career on next by spending some time working with the prestigious Royal Shakespeare Company.

During her two seasons with the RSC (1982-83), Alice performed in such productions as "King Lear", "The Tempest", "The Taming of the Shrew" and "Cyrano de Bergerac". After her stint with the Royal Shakespeare Company, she returned to work in film and television. Her career could best be described as an eclectic mix of both mediums. She appeared in a diverse range of films, such as King David (1985), Barfly (1987), Haunted Summer (1988), Spies Inc. (1992) and See You in the Morning (1989). Her work in television included critically acclaimed miniseries, such as Ellis Island (1984) and Wallenberg: A Hero's Story (1985), as well as a healthy dose of what Alice herself calls, "kitchen sink dramas". 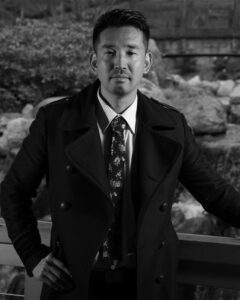 Born and raised in Japan, Yujiro Seki discovered his passion for film-making when he was in high school. Through making his first feature film, Sokonashi Deka (The Enigmatic Detective), he became enamored with the imaginative possibilities of cinema and vowed to master the art through study in the United States. Despite the fact that starting a new life in a new country was a challenge in itself, Seki earned a BA in Film from the University of California, Berkeley, and completed a short film, Sashimi Taco, for his senior, honors thesis. Following his graduation, Seki moved to Los Angeles to work as a director of the video department for Intermarket Design, and as a film instructor at Montecito Fine Arts College of Design. After attaining permanent U.S. residency, Seki began studying full time in the Cinematography program at UCLA Extension. Upon graduating from that program, he embarked on the journey of making his feature documentary project, Carving the Divine: Buddhist Sculptors of Japan. Carving the Divine has become the official selection for 29 film festivals, showing a total of 22 countries, and won the awards at 12 festivals worldwide, such as winning the Best Director Award of a Foreign Language Documentary at World Cinema Milan and premiering at the famous Raindance Film Festival in London.

Rebecca  is mainly known for playing series regular 'Daisha Anderson' in BBC1's Bafta award winning program, Holby City and Shaheen Wazir in Tiger Aspect's 'Prisoners Wives II'. She received an award for 'Best Actress in a lead role' at the International Filmmakers Festival for World Cinema in an Independent Movie called 'Kristina'. She has just finished playing the lead in 'Chakara' a film by Laidback Films starring opposite Ben Richards, Kasia Nossier and Rez Kempton.

Rebecca has had a succession of compelling and challenging theatrical roles and received many rave reviews in national newspapers. These included 'Nurse Flynn' in 'One Flew Over the Cuckoo's Nest' , 'Magic Wanda' in Immodesty and Walter's Burlesque!' and 'Tagores Women' for Kali Theatre and 'Bombay Dreams' all in the heart of London's West-end. She was cast as 'Viola' in Shakespeare's Twelfth Night at The Royal in Northampton then called back a few months later to play the feisty American-Canadian rebel 'Jean' in JB Priestly's 'The Glass Cage'. Throughout her extensive theatrical and TV roles she has had the pleasure of working opposite Robert Powell, Patsy Kensit, Christian Slater, Eddie Izzard and Martin Freeman.

A staff writer for Disney president Joe Roth and Warner Bros. president Greg Silverman at Revolution Studios, writing for actors like Bruce Willis, Adam Sandler and Julia Roberts.  spent time at Creative Artists Agency, and at several management companies, before turning to producing full-time. I ended up as an executive for Doug Liman on projects like THE BOURNE SUPREMACY and MR & MRS SMITH. From there, I was part of the American division of a Japanese production company, remaking films like THE RING, THE GRUDGE, DARK WATER and SHALL WE DANCE. I was then hired to be part of the core initial five-person group to develop the MCU at Marvel Studios, where I was a part of IRON MAN, THE INCREDIBLE HULK, THOR and others. Following the tremendous success of Marvel's launch, I then started my own company, where I've been ever since, writing and producing my own projects while writing screenplays for bigger production companies and studios. My most recent films have won awards all over the world, including winning the jury prize at the Slamdance Film Festival. My most recent projects include one I wrote that is being directed by an Oscar winner for the producer of HITMAN'S BODYGUARD, one I'm producing that was written by an Academy Award-winning screenwriter and two that I'm writing and producing - one starring Megan Fox, and the other an adaptation of a John Grisham novel.

He is the Chairperson of India Fine Art Council (IFAC) and extensively promotes artists from all fields. He is the first Indian to be certified by the Ballroom Dance Training School, Bonn, Germany and has been honoured with the National Achievement Award and with three National Excellence Awards by the Government of India. He is also a recipient of the Prestigious Shakti Samman in a form of a Sword by the Ministry of Culture, Government of India.[8]

The renowned 'Dance Today' Magazine, USA, rates Sandip as one of the '100 most influential dancers in the world'. In the history of any Bollywood film magazine Soparrkar is the first dancer Choreographer to grace a cover of a Bollywood Magazine – Films Today.

Queen Elizabeth II and Prince Charles have written personal letters of appreciation to Sandip Soparrkar for promoting ballroom and Latin dance culture in India. He was the first Indian to be invited to judge the Asian Latin & Ballroom Dance Championship held at Colombo where 32 countries took part with 78 competitive dances. He is the first Indian who was invited to be on the jury of Sharm Shaikh International theatre festival for the youth, Egypt, along with other top theatre personalities from all over the world  Soparrkar is a noted contributor to The Asian Age and Afternoon Voice  newspapers.